Home » Mikel Obi. » 'I was shaking all through My First Week....' - Mikel Obi Shares His First Experience in Chelsea FC

'I was shaking all through My First Week....' - Mikel Obi Shares His First Experience in Chelsea FC

Posted by ADMIN Posted on 5:36 PM with No comments 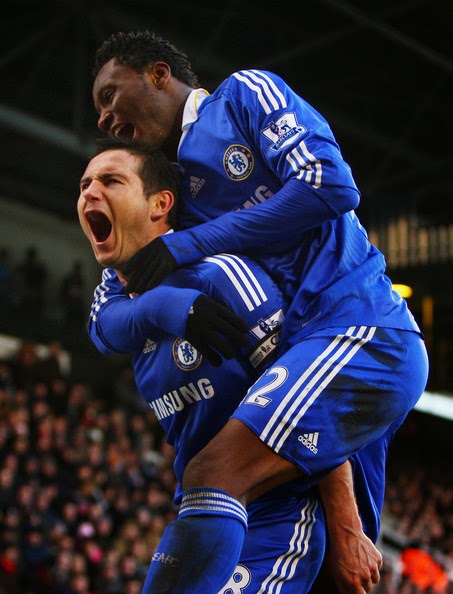 Well its not easy to be in one of the best football teams in the world and even when youre there its quite hard to maintain your position in the club, many young footballers have joined world class clubs but failed to perform properly but this guy has done it successful.....Mikel Obi narrates his experience.

"It’s very good playing alongside Obi," Lampard told the Chelsea official website. "He’s a top holding midfield player, and for me personally being more attacking in my game it helps to play with someone who has discipline and moves the ball quickly, which Obi can do. He’s one of those players who will not make headlines, but he’s happy to go unrecognised in his work and he has a huge worth for the team when he plays."

Mikel Obi, who arrived at Stamford Bridge in 2006 from Lyn Oslo, also praised the England international and pointed him out as one of the senior players, who helped him settle in at the club quickly.

"Coming into a big club like Chelsea, as a young 18-year-old from Africa, it was a dream come true. I remember coming into the dressing room and I was shaking all through the first week. The players in there really helped me settle in – John Terry, Frank Lampard, Didier Drogba and the other African players that were there at the time. I looked at these guys every day and I learned a lot from them, how they act on and off the football pitch, which helped me develop and mature as a person. It was a growing up stage which I never had with any other team. I just jumped straight into this team so I had to learn that way."