Posted by ADMIN Posted on 7:37 PM with No comments
This guy does the weirdest things in the entertainment industry, its unbelievable, anyways he still makes a ton of money from it so I guess its fair.
Denrele Edun has revealed that the dress he wore to the channel O event belonged to his late friend, Goldie Harvey, The Channel O Africa Music Video Awards went down about two weeks ago.

While presenting the award for 'Most Gifted Afropop video' Denrele said:

"I'm gladly wearing my late friend's dress....Yes, Goldie's sheer number!! She was supposed to rock it to the AMVCAs this year but never got the chance! An hour before she passed on, she made me try on the outfit (funny, but we had the same body proportions) and told me, "You will never age, you sexy sl**!". Few minutes and we had to rush her to the hospital! 10months later and I managed to make the outfit work; (I discovered the outfit in my box#Mystery)! Forgive me Goldie, I stepped on the train like crazy and ripped the hem but hey, I felt your presence with me on stage!! I stole the show as always!!! Crowd went WILD!!#HeavenCouldntWaitForYou #IWillSeeYouAgain #ThisIsNotWhereItEnds".
See photos: 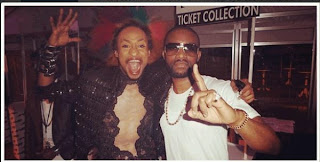 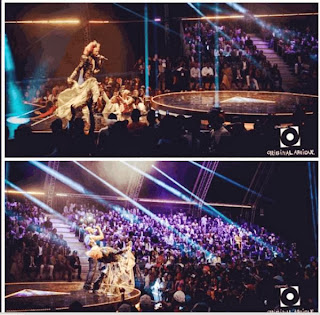 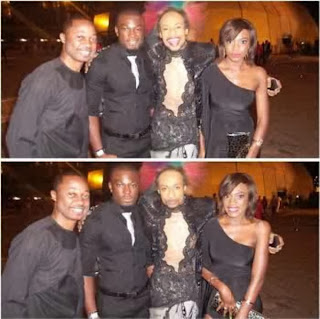