Posted by ADMIN Posted on 9:17 AM with No comments 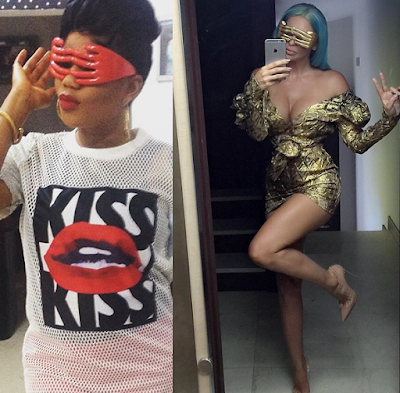 Hand shades!!!It really looks bizarre. The way fashion is going, nothing is impossible. Toyin Lawani and Jelena Karleuša rocking the finger shades. Jelena is one of the most fashionable women in the world.She has also accused Kim Kardashian,Beyonce of stealing her style.Would you rock this? 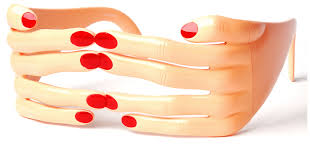 Posted by ADMIN Posted on 8:44 AM with No comments 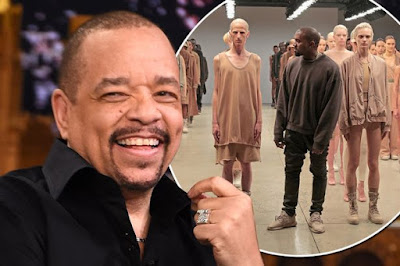 The only person who seem to understand Kanye West Fashion sense is 'Kanye' himself. Some negative reactions have been coming from the public who does not seem to understand what Kanye's Yeezy season 2 fashion show stands for. Popular America rapper, singer and actor, Ice-T reacted to Kanye's Yeezy season 2 fashion show,saying the clothes look like future slave gear to him.See the full picture below: 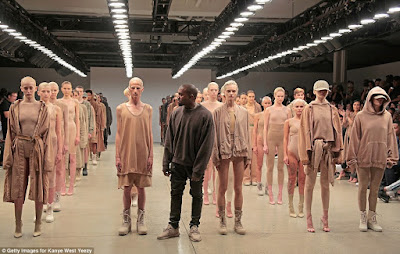 Posted by ADMIN Posted on 1:47 AM with No comments 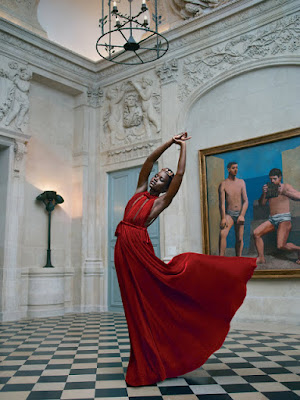 Kenya Star,Lupita Nyong'o is one of the most beautiful and sexy black woman alive, no wonder she has got herself a second Vogue cover .The 32 year old actress is shinning radiantly  in breathtaking photos. See the pictures below: 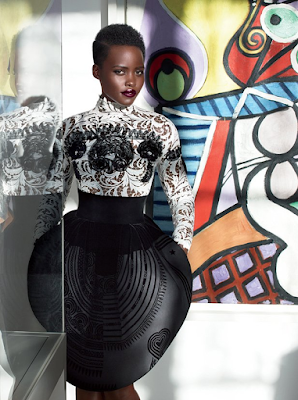 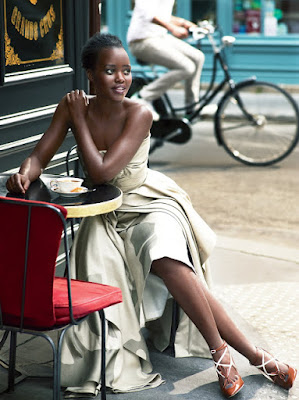 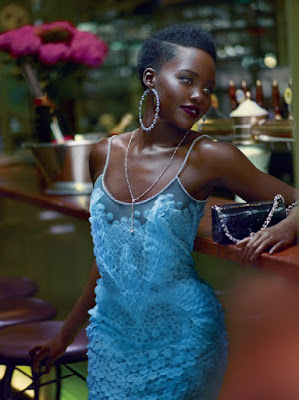 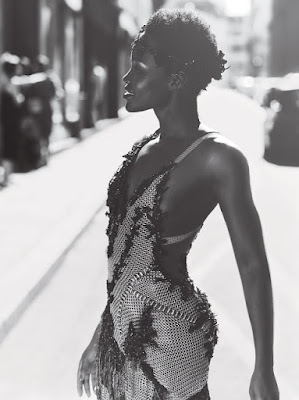 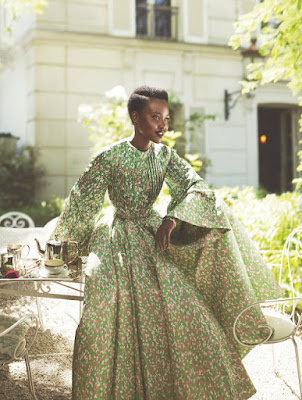 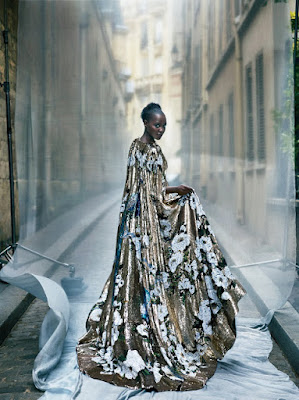 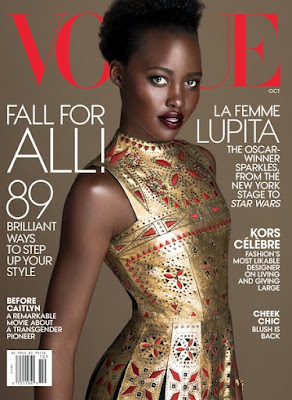 Posted by ADMIN Posted on 12:51 AM with No comments 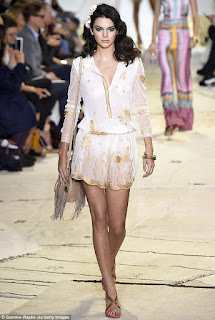 Posted by ADMIN Posted on 5:25 PM with No comments

A teenage Pennsylvanian boy has been detained by the FBI for allegedly threatening to launch an ISIS-inspired assault on Pope Francis during the Catholic leader's US tour, ABC News reports.

"The minor was inspired by ISIS and sought to conduct a detailed homeland attack which included multiple attackers, firearms, and multiple explosives, targeting a foreign dignitary at a high-profile event," said a joint intelligence bulletin by the FBI and Department of Homeland Security cited by ABC News.

Pope Francis is arriving the U.S next week for a six day trip.
"The minor obtained explosives instructions and further disseminated these instructions through social media," said the joint intelligence bulletin.

The teenager has been charged with attempting to provide material support to a terrorist organisation and attempting to provide material support to terrorist activity, the bulletin added. But the network said sources familiar with the case emphasised that any threat from him was not imminent. Questions about the boy’s mental health were also raised.

Despite repeated threats from ISIS and other groups to target the Pope and the Vatican more broadly over the past year, there is no specific, credible threat to the Pope during his visit to the United States next week, law enforcement officials said Monday.

"We will not comment on any specific investigation or threat," a spokeswoman for the FBI’s field office in Philadelphia said in a statement sent to The Independent.

"The FBI is working closely with the United States Secret Service and our federal, state and local partners in advance of the papal visit to ensure the safety and security of all." she added.
Read more »
Labels: Pope Francis

Posted by ADMIN Posted on 4:33 PM with No comments 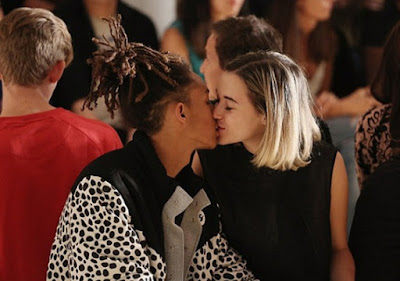 Jaden Smith, 17, was spotted locking lips with his girlfriend Sarah Synder, who is 21, on the front row at the Gypsy Sport's Spring 2016 show held at Milk Studios yesterday. During the show, Jaden and Sarah didn't seem to be able to keep their hands off of each other. Sarah looks really smitten. See more photo of them below... 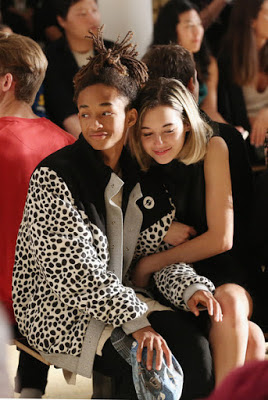 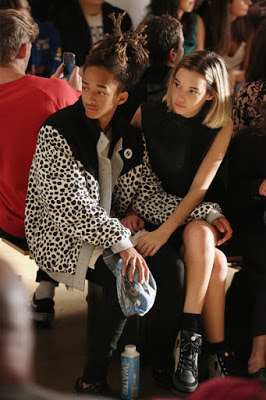 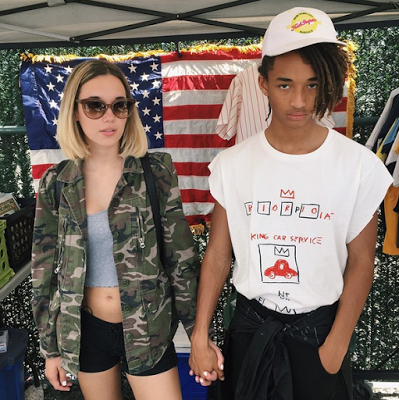 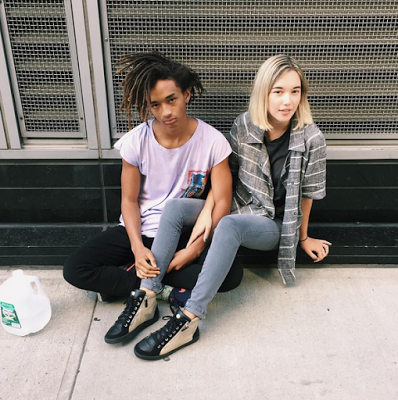 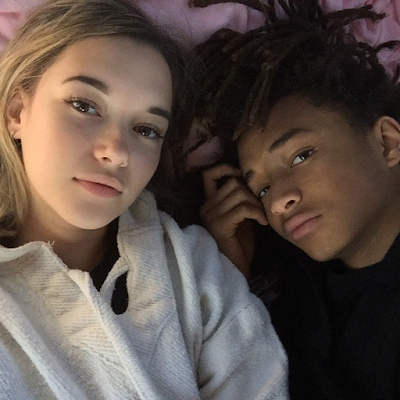 So Cute! Julius Agwu Shares Photos of His Son's First Day to School

Posted by ADMIN Posted on 3:57 PM with No comments 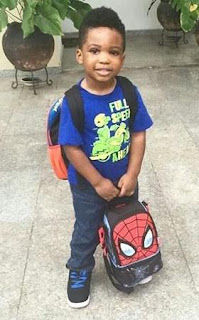 Ace Comedian/actor Julius Agwu shared photos of his son, Zadok, with his elder sister on his first day to school. 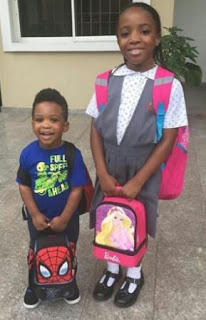 See Maid Accused of Using Urine to Cook For Her Boss

Posted by ADMIN Posted on 3:21 PM with No comments 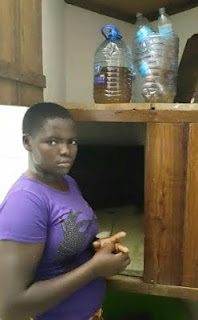 This Kenyan maid pictured above was caught on CCTV camera cooking for her boss with the urine she had stored in some bottles.
When arrested and interrogated, she said she decided to cook with her urine to punish her boss for maltreating her. 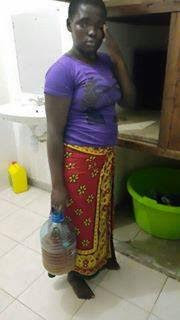 Posted by ADMIN Posted on 10:57 PM with No comments 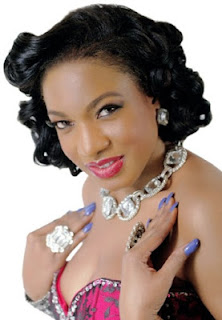 Nollywood actress, Chika Ike has made a name for herself as one of the top screen diva's in Nigeria. Despite so hot and pretty, the beautiful actress is single and in this latest interview with the The Sun, the entrepreneur, actress and now movie producer claims she has been celibate for a year now.
Chika Ike has remained ageless, what are your best kept beauty secrets?
Honestly, let me thank my mother’s genes. People always say ‘I woke up like this flawless’ but it’s not always like that. I drink a lot of water, I exercise and I eat vegetables. Then I opt for fruits for vitamins and rest a lot. I take a lot of apples, berries and Mangoes. I’m not a fan of pineapples and water melons.
You took a break from sex, is that part of the beauty routine too?
No, not at all (laughter). Sex is not part of my beauty routine right now. I just want to focus on my movie, Nwa Teacher, and my reality show, African Diva. I’m very determined. If I make up my mind to do something I face it. I decided to be celibate for now and I’m enjoying it, it's better that way.
How did your partner take the decision to be celibate?
Well, he understands but I don’t really have a boyfriend or partner right now.
Hope you won’t surprise us with your wedding invitation card soon?
It could happen but I’m not really into any relationship right now. All my energy is channeled on my new projects.
You’ve been scarce in Nollywood, are you tired of acting?
You are very right about that. I’m still acting but very picky. I don’t just accept roles. At this point in my career, I don’t really need to be in all the movies but only the good ones.
Sometime ago you went on a tour that made tongues wag, how did you take reactions that trailed the move? -I had to do what I had to do; all work and no play makes Chika a dull girl so I made it compulsory to take a vacation yearly to relax and make myself happy. Even if it might annoy some people but I don’t really care; I just want to be happy.
It was rumoured that a sugar daddy sponsored the trip?
Wow! People said all that? I didn’t hear-o. Well, I guess they forget that I’m an Ambassador to different brands. I earn my money. I have a store called Fancy Nancy. I’m business woman, actress and lots more. So I make my money and deserve to be happy. I owe my success to God and constant hard work. Aside the Chika Ike we see on TV and on social media, who’s the real you? -I’m a very cool girl, in fact, your girl next door. I’m that girl you can talk to.
If that’s what you are, why do people see you as a snub?
You don’t expect everybody to have a good opinion about you. I can't be open to everybody. You have to come closer to me to know my kind of person she says.
Read more »
Labels: chika Ike

Posted by ADMIN Posted on 10:14 PM with No comments

As the people of Sokoto state are crying out over the alleged unjust punishment for breaching laws dished out on them.In this report, a 65 year old woman identified as Zainab Labbo was allegedly flogged with twelve strokes as punishment for practicing witchcraft in Isa Local Government Area of Sokoto state. what i wanna know is,does flogging cures someone from witchcraft According to 'The Sun', Zainab was flogged at the palace of the District Head, Alhaji Nasiru Malami Ahmed, in response to a complaint lodged against her by her daughter-in-law.
Residents of the community say Zainab's daughter-in-law had lodged a complaint before the district head last year, alleging that her mother-in-law was aiding her son to maltreat her through diabolical means. The palace authority summarily tried the accused and found her guilty of the allegation leveled against her. Zainab denied the allegation to journalists who were there to investigate the incident. She also confirmed that twelve strokes were administered on her by the palace guards on the order of the District Head.

Aggrieved members of the village recently held a press conference where they stated that the woman was not the first victim to suffer such an unjust treatment by palace authorities. They added that many residents have been invited to the palace and summarily tried for one offence or the other. They accused the District head, Alhaji Nasiru Malami Ahmed of high handedness. They called on the state governor, Aminu Waziri Tambuwal, and His Eminence, Alhaji Sa’ad Abubakar III, to come to their aid, as a matter of urgency.

However in response to the allegations of maltreatment, the younger brother to the district head, Alhaji Aliyu Sarkin-Yamma, and Village Head of Tsabre area, described the the allegations as “unfounded”. He explained that all disputes lodged at the palace are handled in accordance with the dictates of Shari’ah Law. He said both himself and his brother are running the affairs of the people with the absolute fear of God, saying, “we are only dispensing justice in accordance with Shari’ah Law and we are not afraid of any probe in this direction.” The Divisional Police Officer in the area, Mr Ilyasu Tanko, a Chief Superintendent of Police (CSP), when contacted, confirmed the receipt of the complaints of attacks from the villagers and said that the police is appropriately investigating the matter.
Read more »
Labels: Sharia law
Older Posts Home