Funke Akindele Is Too Big For Me To Overthrow—Toyin Aimakhu

Posted by ADMIN Posted on 1:04 PM with No comments 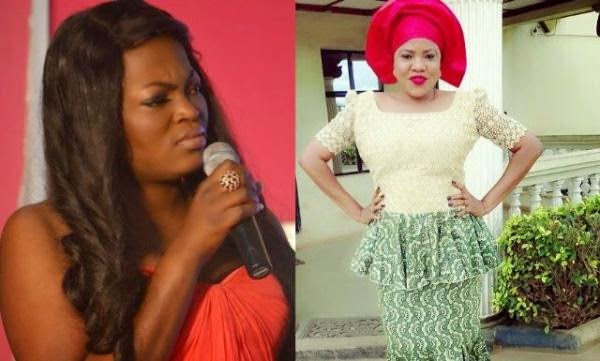 Since Yoruba actress, Toyin Aimakhu made her debut in the industry, she has tipped by some pundits to be the next Funke Akindele because of the way she interprets her role in movies.

However, some have expressed worries that she has not lived up to expectations, especially making an entry into the mainstream Nollywood just like Funke Akindele.

In an interview with Punch, Toyin disclosed that she sees Funke Akindele a mentor and confessed that the talented actress is part of the few people who have mentored her. She also stated that she is honored to be compared with Funke Akindele and declared that she cannot overthrow her.

“I can’t overthrow her because no one can overthrow me as well. People do have a right to their opinions but we all know that the truth is she is a fantastic actress any time, any day. So, she be my oga and I dey follow her for back,” the Edo State-born actress and wife of fellow actor, Niyi Johnson said.
culled