Oh no!! : ''D'Banj And Genevieve Nnaji Are Not Dating! It Was All A Publicity Stunt''

Posted by ADMIN Posted on 2:01 PM with No comments 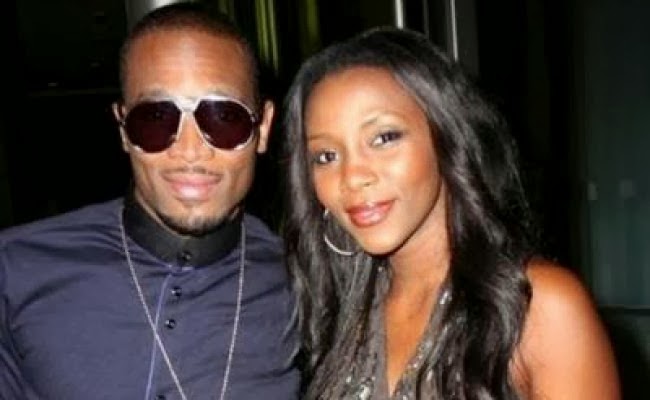 Coming from Encomium Weekly, inside sources have confirmed to them that there is no intimate relationship between Nigeria's top entertainer D'Banj and A-list Nollywood star, Genevieve Nnaji.

That what happened on Saturday, December 14, 2013, at the Nigerian Breweries Plc’s sponsored event tagged, Club Ultimate, shouldn’t be used as evidence that the celebrities have rekindled their love cos it’s all a publicity stunt.

ENCOMIUM Weekly says they were at the event when D’Banj, garbed in a white shirt, straight cut black jeans and a black waist coat, drove in in a black Bentley (one of the two Bentleys he bought while in the defunct Mo’Hits), followed by a G-Wagon, which was driven by the gifted thespian, Genevieve.

Obviously, the expression on D’Banj’s face showed that he wanted the actress, and they displayed public affection for each other.

But the source said there was no intimacy in what we all saw that night, other than having fun. The source, who did not want his name published said:

“D’Banj and ‘Gene’, as Geneveive is fondly called, once dated. They were dating when D’Banj paid Genevieve N2 million to feature her in Fall in Love video, before they parted ways. Since then, they have been best friends,”

D’Banj (32) has been romantically linked with different ladies, notable among them were Jennifer Obayuwana, Ini Edo, Nadia Buari, Sarah Ofili, among others, but the entertainer said he is yet to find the right girl.

While Genevieve Nnaji (33) was also said to have had a liaison with top celebrities, including Kunle Coker and others.
Follow @todaysgist
Tweet