Home » Mikel Obi. » TOO MUCH MONEY: Check Out The Inside Of Mikel Obi's Mansion (VIDEO)

TOO MUCH MONEY: Check Out The Inside Of Mikel Obi's Mansion (VIDEO) 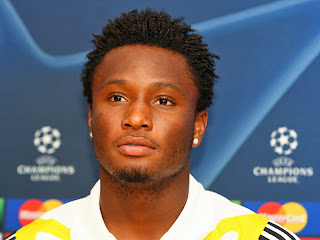 Its a very wonderful thing to be rich, its what everyone lives for, but the love of wealth can lead to so many awful things.
John Obi Mikel, Nigerian-born professional football mid-fielder for Chelsea Fc, began his career with Plateau United in Nigeria before joining Ajax Cape town in South Africa and Norwegian side Lyn Oslo.
He fast became one of the most sought-after young players in Europe and in 2005 Manchester United beat a host of interested parties to his signature but Mikel had other ideas, and despite appearing at a press conference in a United shirt, the midfielder claimed he had been pressured into the move and wanted to move to Chelsea instead.
He had an interview with ESPN in his wonderful mansion...see video below:
Follow @todaysgist
Tweet